Dell Thin Client From the Register Dec 2020 – Dell, which pitches its Wyse ThinOS as “the most secure thin client operating system,” plans to publish an advisory on Monday for two security vulnerabilities that are as bad as they could possibly be. CVE-2020-29491 and CVE-2020-29492 are both critical flaws, managing a perfect (although unwelcome) CVSS score… Read More »

Wyse ThinOS 9.0 is the most secure thin client operating system with Citrix Workspace app and with enhanced management capabilities from WMS 2.0 One tool does it all. Wyse Management Suite is a flexible cloud management solution that allows to centrally configure, monitor, manage and optimize Wyse thin clients, zero clients and software thin clients (with Wyse Converter… Read More »

Wyse ThinOS and Management Suite Wyse ThinOS 9.0 is the most secure thin client operating system with Citrix Workspace app and with enhanced management capabilities from WMS 2.0 Learn More: https://bit.ly/2IP5hY3 95% of breaches originate at the endpoint1 With Wyse thin clients, data and applications are stored in a secure datacenter to ensure security and confidentiality. Our thin… Read More » 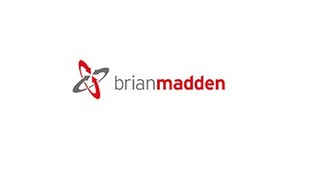 A thin client is basically a computer that doesn’t need a lot of memory, storage, or processing power because it’s designed to let you access software that’s actually running on a server, often due to virtualization technology.So we typically see thin clients in business and enterprise environments. But Dell’s newest model actually looks like a pretty nice little PC in its own right… if you don’t need a lot of RAM or storage.The Dell Wyse 3040 Thin Client is a $329 system with an Intel Atom x5 Cherry Trail processor, support for dual displays, wired and wireless network support, and Dell’s ThinOS or ThinLinux operating system options.The only real catch? The Wyse 3040 has just 2GB of RAM and 8GB of storage. So if you were going to repurpose it as a full-fledged PC, you might want to either add storage, or find applications that don’t need much additional storage space (like using the system as a media streamer).Or if you actually are looking to use the system as a thin client, Dell says its Wyse ThinLinux operating system is based on SUSE Linux, but it features additional security hardening. And the system uses less than 5 watts of power.The Wyse 3040 includes Gigabit Ethernet, a USB 3.1 port, 3 USB 2,0 ports, a headset jack, and dual DisplayPort jacks with support for up to two 2560 x 1600 monitors with 60 Hz refresh rates.An 802.11ac WiFi card is also available as an option.The system measures 3.8 x 3.8 x 1.1 and weighs just over half a pound.[gallery ids=96133,96131,96130,96129,96127]press release