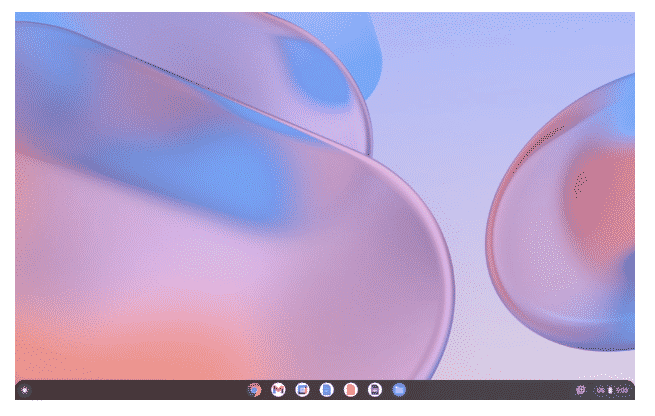 Video below from Hackaday

In Brief — To us, Google Flex seems to be an answer for corporate environments trying desperately to milk their old Celerons, i3s and i5s for one last cycle.  Upgrading to Windows 11 isn’t free but it does come with the usual domain management that most IT departments are addicted to.  The cost of Flex is about on par with Windows except that now IT has two OS’s to support. They already get bothered by the Apple devotees (with high position in hierarchy) but those are the exceptions. Windows terminal manager gives the zero client for the most part.

It is making a play for digital signage media players but that is a limited market too and they have no robust CMS to dovetail into that. Hard to imagine digital signage networks running off old PCs but who knows. Another segment proposed is kiosks but there any new kiosks are more likely to come with Dell computers preloaded with Windows.  Kiosks in the field that could use Flex is just informational web-based kiosks (wayfinding e.g.). Any transactional kiosks (with myriad of devices) are not going to be candidates.  Major kiosk installations running LTSB are even less likely as the horrors of patch management have been mitigated (mostly).

For the most part it appears to be Google’s attempt to monetize its acquisition a few years ago and provide a surrogate OS for the old generation computers that are not Chromebooks but basically can be. To date it is mostly motto-based. We checked on a quote from resellers such as Synnex and they seem unprepared to provide configuration quotes.  Mostly it seems to be a big excuse to have that endless “tell me about your situation” user dump. And once you go enterprise with monitoring, the costs even out for the first + you have new recurring monitoring cost + you have to manage some with this and some with that. Hopefully that power supply, memory or hard drive that is 5 years old doesn’t crap out on you.

There are some early success stories such as hotels converting their windows pcs. We would not be surprised to see banks and financial institutions which are historically tight budget, try to convert.  The security is a good selling point and managing Windows patches is as close to hell as you can come.

The video goes thru a lot of the problems you may run into and it is always good to get point of view from both sides of the aisle so to speak.

You’ve probably heard about Google Chromebooks. Like Android, Chrome OS is based on some variant of Linux, but it is targeted at the “cloud first” strategy so Chromebooks typically don’t have a huge amount of storage or compute power. If you have a real Chromebook, you can also use it to run certain other kinds of programs via virtualization. However, Google has recently pushed out Chrome OS Flex which is meant to install on a spare laptop you might happen to have hanging around. Seems attractive to take that only Windows 7 laptop and repurpose it to run Chrome OS, especially if you can run Linux apps on it. Unfortunately, Chrome OS Flex has a very different use case and I would only recommend installing it if you meet the exact use case it addresses.

The other option, of course, is to just install Linux on that old hardware. There are several distributions that are made for that purpose and, honestly, even most of the major distributions will work fine on older hardware with a little tweaking to turn off some of the more resource-costly features. That assumes you know how to install, tweak, and maintain Linux.

THAT’S WHAT IT IS FOR

That is, in fact, the exact use case for Chrome OS Flex. If you want to give Grandpa your old laptop, putting Linux on it can be very challenging, unless Grandpa is pretty tech-savvy. Even people who are pretty comfortable with Windows or the Mac can find the number of options, log files, and command lines daunting for Linux. Some distributions are better than others, but in the end, if you are having a bad day, you really need to know something about the system or be willing to learn it.

Chrome OS deliberately doesn’t give you much choice. The installation is painless but inflexible. You have to create a USB drive on a working computer and the installer gives you no options to, say, install as a secondary operating system. You can boot from the USB and either try the OS in live mode or install it, wiping out your hard drive. That’s it.

If all you want to do is surf the web and use Chrome-based applications, that’s great! The system works well and is pretty snappy. But what about running apps from other systems? Unlike real Chrome OS, you can’t run Android apps or much of anything else. You can, maybe, run Linux applications, but there are a few catches.

Wanna see the text version of this video?? https://techhut.tv/chrome-os-flex-is-a-nightmare/

I would say that e-waste is the real nightmare here and that Flex, with its limitations and drawbacks, is at least a potential solution. For the sake of the planet, we need to change the mindset that says we should just throw away perfectly good hardware because it no longer gets updates. I realize that Flex is only a drop in the bucket, but anything that keeps older hardware out of landfills gets my vote.

I feel like this video didn’t really go over Chrome OS Flex. It seems to be more about Chrome OS having issues installing Linux and running programs that are extremely resource heavy that would have a hard time running anyway.

When used as intended (on chromebooks and mainly for web-browsing), Chrome OS is actually a pretty great system.

I put Flex on my daughter’s $150 mini desktop and it works just as good as Xubuntu 22.04 maybe even a little better. YouTube video playback is certainly better, and basically that’s the most demanding thing she does with it anyway. I think if you keep your expectations reasonable it’s a decent OS. The main selling point for me is that I don’t have to really do anything as far as maintenance.
More Posts