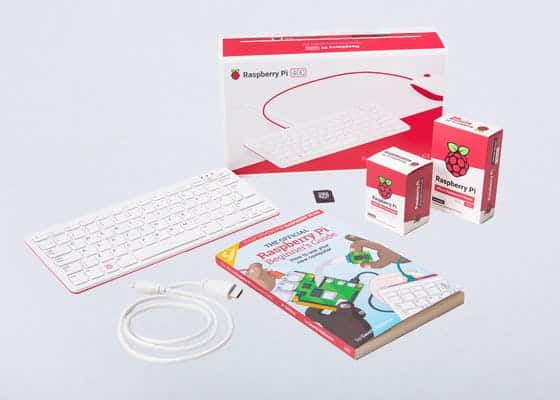 Raspberry Pi was very nice and sent us one of their Raspberry Pi 400 Personal Computer Kits. Featuring a quad-core 64-bit processor, 4GB of RAM, wireless networking, dual-display output, and 4K video playback, as well as a 40-pin GPIO header, Raspberry Pi 400 is a powerful, easy-to-use computer built into a neat and portable keyboard.  Available on Amazon for $99 (just add a monitor).

We unboxed it and set it up in 10 minutes

We ran two sets of tests.  The first was just 10 minutes of “typical usage” to see if any “slowness”.  The kind of lag you might experience with one of the old Celeron or J1900 (or lord forbid an Atom) compared to the typical Windows i5 desktop with Intel graphics.

Second test we used Loadninja. The usual graphics performance tests historically started with Norton SI way back when and progressed to a Windows (or Android these days) download app. That works for local performance benchmarks but not really for a thin client (given consistent network connection). We didn’t test over WiFi (yet) but we will see if 5Ghz supported and test it later.

For this test you record a macro and then play it back. We used kioskindustry.org (a very fast site at 400ms) and did a typical 6 screen navigation scrolling and clicking. We’ll speak with the Loadninja people next week to get their recommendations.  You also select the number of Virtual Users and we took the default 10. 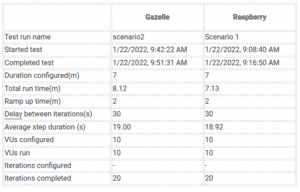 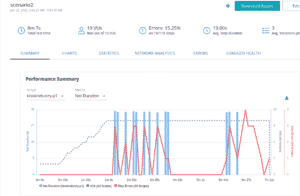 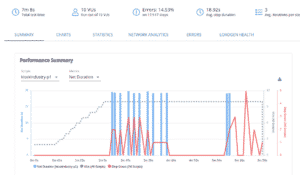 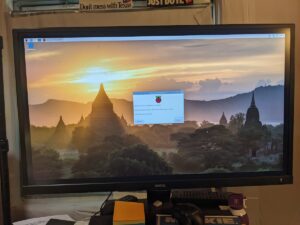 Excerpt from review above with numbers

As I did not install Linux yet, it was running Windows 10 and idle refers to having only the built-in task manager running in foreground (to display clock frequency) and all the background services that Windows 10 has by default. CPU load was generated using a batch file containing an endless loop.

The J4105 clocks down to 0.78 GHz when idle and the power consumption of the whole system (with one mSATA and one SATA SSD) is then 3.8 W.

I did run it with 4 cores being busy for an hour, and the measurements did not change, e.g. no thermal throttling seems to have occurred (nor did the case get hot, so a really good passive cooling — or the contact between CPU and case is bad, but then thermal throttling could have been expected).

I had OSMC with KODI running, but nothing else, i.e. the KODI UI being idle, but all the background services running. The latest firmware as of 4. June 2021 was used, storage was SDHC card only. CPU load was generated using the stress command.

Temperature with the cooling case from https://www.coolingcases.com/ was approx. 52° C (so it prevented thermal throttling that would start at 80° C). Surprisingly, even in idle mode, the temperature was 40-42° (the tiny case does feel much warmer than the bigger case of the Intel system — so, it seems: size matters).

In summary, the idle power consumption of both systems is comparable and while the busy consumption is lower with Raspberry Pi 4, it is of course less powerful than the J4105 system. For the J4105, I never observed the full 2.5 GHz burst clock rate (but 2.4 GHz). Even though the CPU TDP is 10 W, the whole system consumed up to 12.1 W (e.g. the RAM, the two SSDs, WiFi, HDMI output, external power supply, etc. probably also to add their share — during boot, I even saw 14.8 W).

Note that others suggest 2.7 W idle for the Raspi 4 (but seems to require switching off a lot of I/O, e.g., HDMI etc. — which I did not do, nor did I minimise background processes) or even as low as 2.1 W. On the other hand, many other report that they neither (with either a fan or a heatsink) get the system cooler than 42° in idle, so getting the Raspy warmer than the touch of your hand seems to be normal, but the J4105 system with the bigger case was considerably cooler.