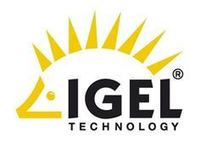 56% Year-on-Year growth in 2014, reports analyst IDCReading UK 25 March 2015 – IGEL Technology has been recognised as the fastest growing of the top 5 thin and zero client manufacturers in the UK in 2014 with hardware shipments rising 56% year-on-year, according to the latest analyst report from International Data Corporation (IDC)