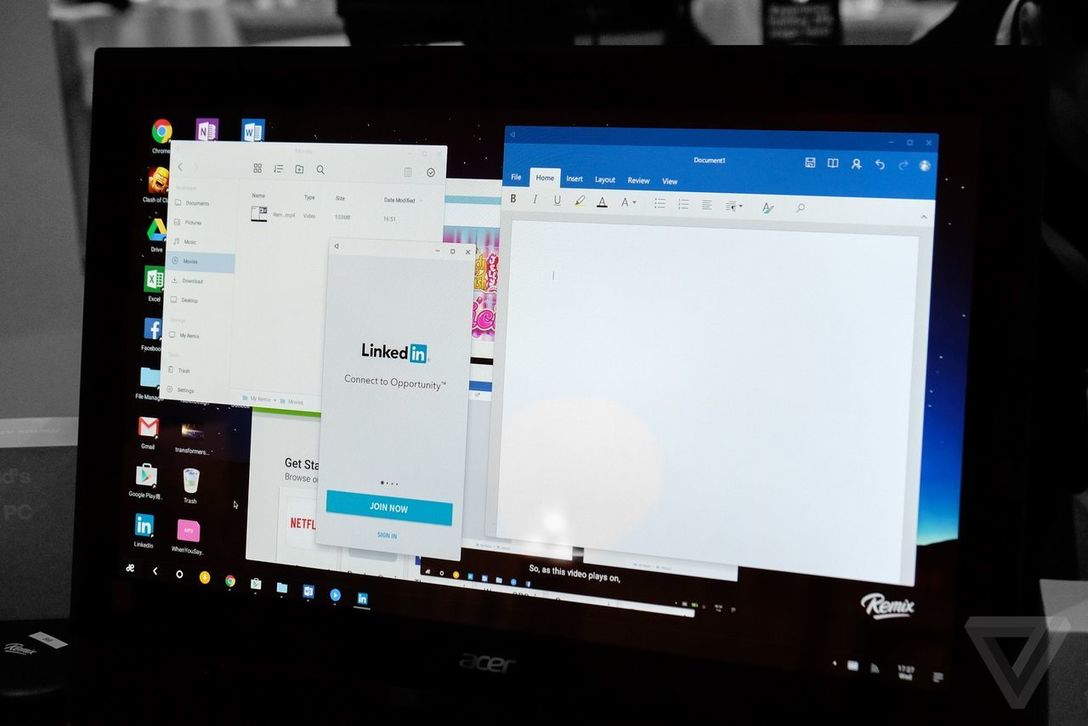 Last year at CES, we mocked a company called Jide for creating a blatant Microsoft Surface clone. Well, this year they’ve come back with something new — and they’ve also returned much richer. See,…

Here’s what’s new at CES today: now you can run Remix OS on any x86 PC (or, in my case, Mac). For free. You can download a system image from the company and toss it onto a USB 3.0 stick, or there’s also the option of making a partition on your computer for a more permanent partition. I simply booted off the SanDisk flash drive they gave me, and within a couple minutes, I was at the Remix OS home screen. It’ll take more time for me to determine whether or not I’d ever consider using this regularly. Even now, my Chromebook rarely gets any use. It’s basically an internet device that lives on my couch.

But in a way, maybe this is what Chrome OS should be. Or, it’s definitely what some people hoped it would become; a productivity-focused take on Android that runs Android apps like they’re desktop apps. Done. Even better, the Jide team is committed to updating the OS constantly. We might’ve chastised these ex-Googlers for what they showed last year. But at this CES? I think I’m pretty into what they’re doing.